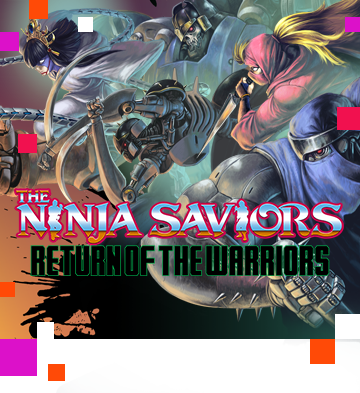 The Ninja Saviors: Return of the Warriors

The re-boot of the 90s hit game "The Ninja Warriors: Again" for Super Nintendo!

Five androids built for power and programmed to conquer. Each armed with diamond sharp steel, they turn their bodies into raging cyclones – leaping, kicking, and slashing through wave after wave of enemies. More than human, more than machine – the warriors are back! 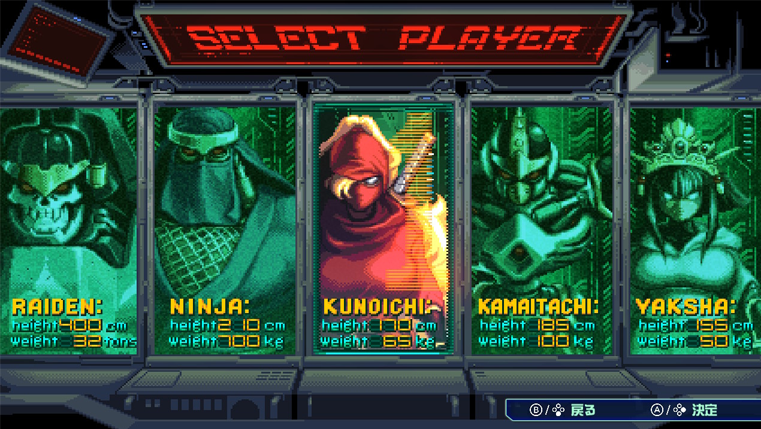 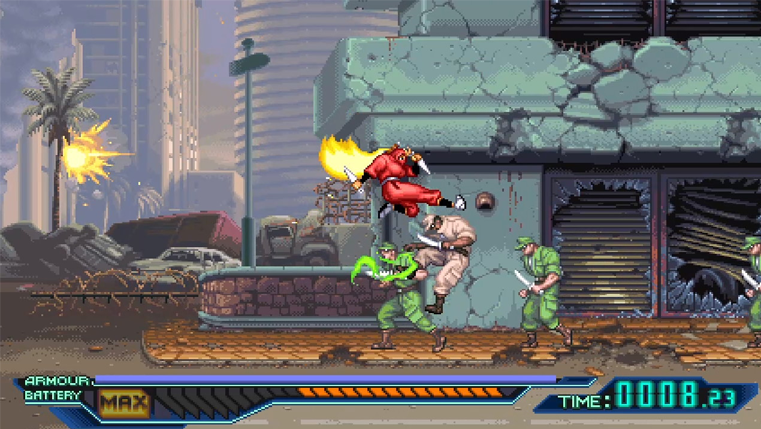 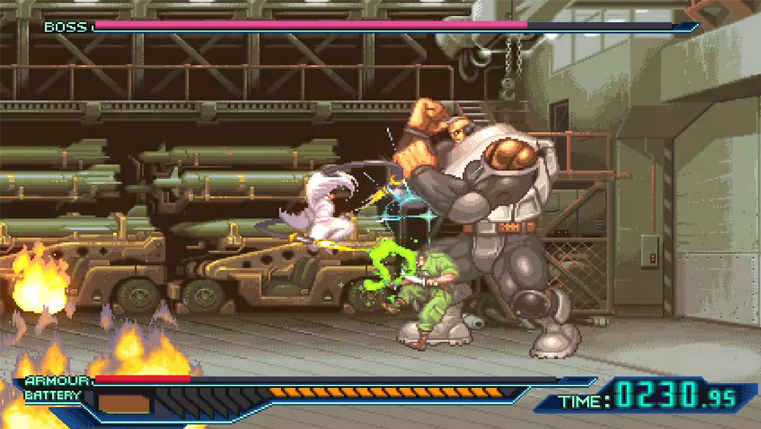 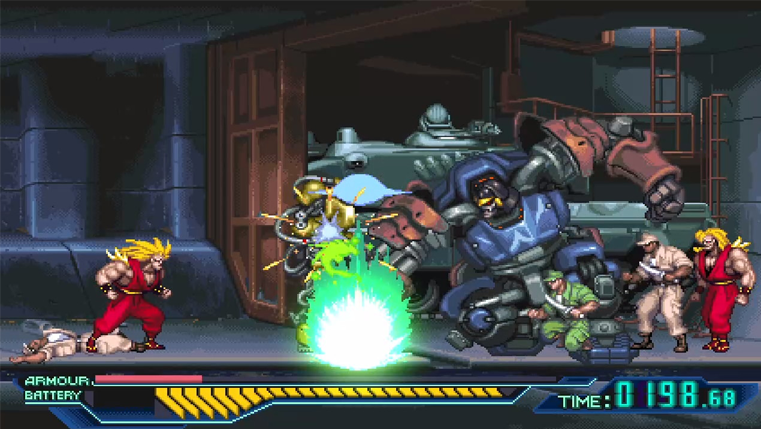 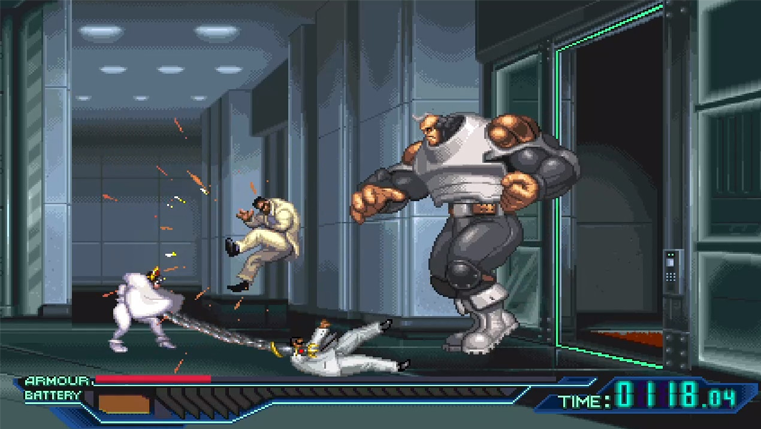 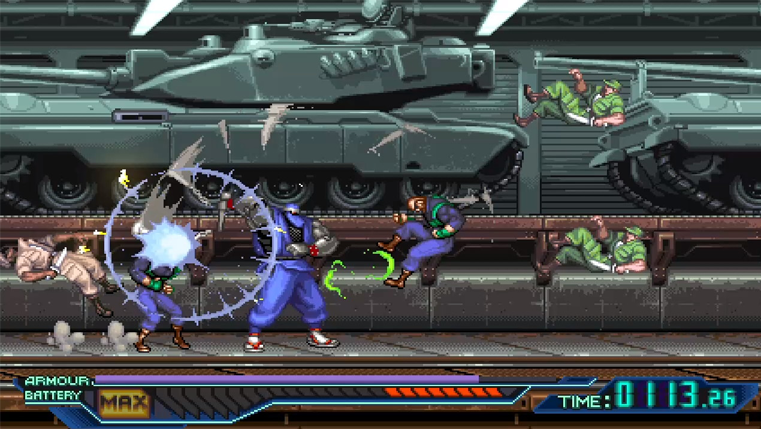 »If it's a slice of proper nuanced 2D action you're after, you can't really do much better than The Ninja Saviors. Call it a beat 'em-up, call it belt action, call it whatever - just make sure you get involved with this. «

»A fantastic blast from the past that remasters a long-forgotten classic that should now be recognised as one of the best scrolling beat ‘em-ups ever. «

»Altogether, Ninja Saviors: Return of the Warriors is an exemplary update to the 1994 original. Both the new and returning characters have impressive move-sets. «

»The Ninja Saviors – Return of the Warriors should be considered a must-have for fans of side-scrolling beat ’em ups. «

Press Kit: The Ninja Saviors: Return of the Warriors

“The Ninja Warriors” was a side-scrolling action game launched by Taito in 1987. It took advantage of an innovative arcade cabinet with three display screens, offering a unique widescreen view of the arcade action. The special feature of this arcade title was its unusual view on the world, portrayed through a serious story (sending two ninja androids, Kunoichi and Ninja, on a suicide mission to end the tyranny of the evil Banglar) and stylish graphics. Furthermore, the main soundtrack “DADDY MULK”, composed by ZUNTATA, is known as one of the best music masterpieces in gaming. Due to the huge success of this game it was later adapted to several home consoles and home Computers.

Later in 1994, a sequel with the same title “The Ninja Warriors” was released for Super Nintendo (with the European Edition box art containing an additional subtitle “The New Generation”) and one additional character, Kamaitachi, joins the battle. The game was highly praised by critics and gamers alike and is considered one of the best beat ‘em up games ever released for the Super Nintendo system.

In 2019, after 25 years, the original developers “TENGO PROJECT”, decided to create a reboot of their own game, with huge improvements over its predecessor. They kept the 16-bit style while the resolution and animations have been greatly improved to take advantage of the latest gaming hardware. Two new characters, Yaksha and Raiden, have been added as well as a two-player co-op mode and a high quality soundtrack, everything that was simply not possible in the original “The Ninja Warriors” for Super NES.

Out Now in North America! 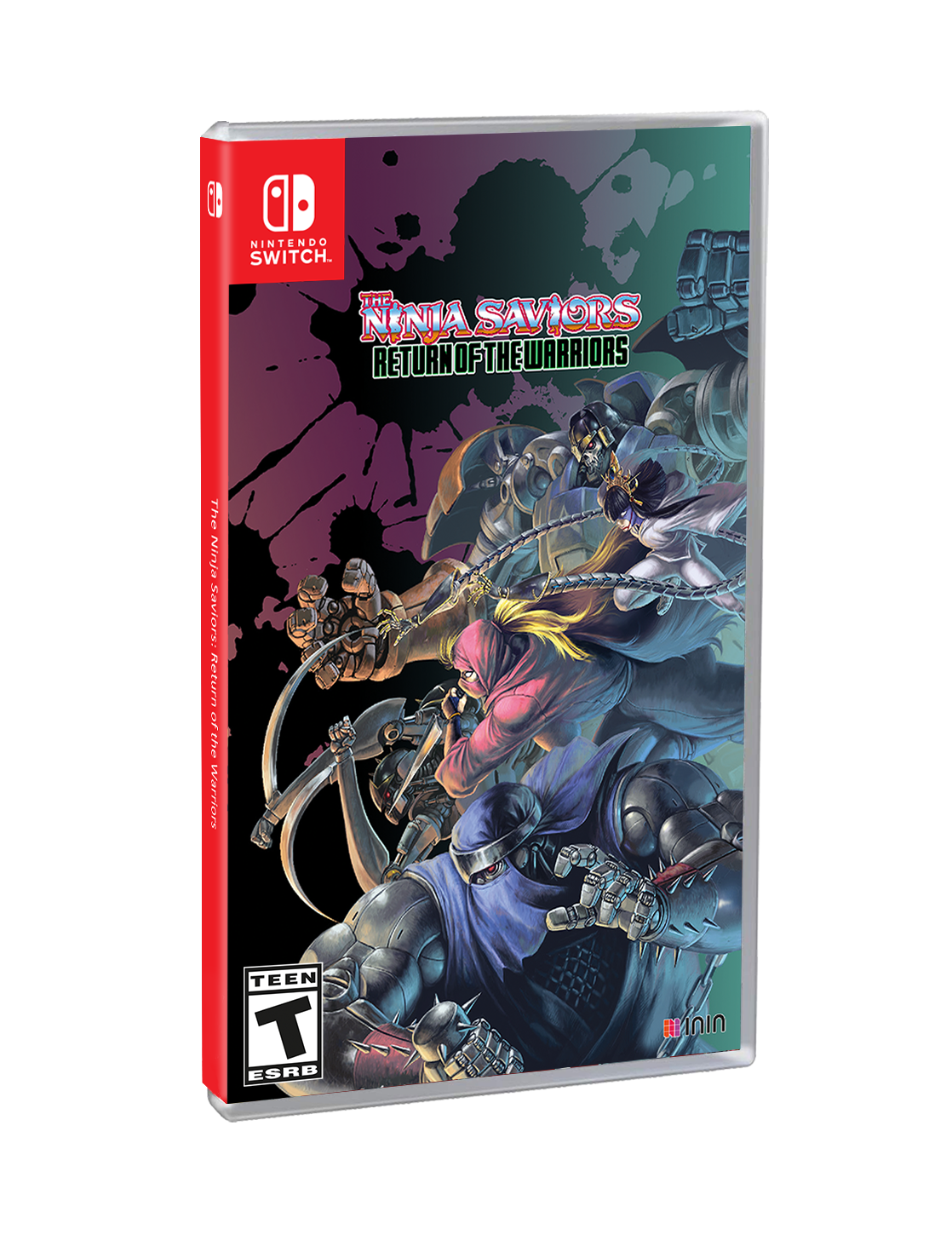 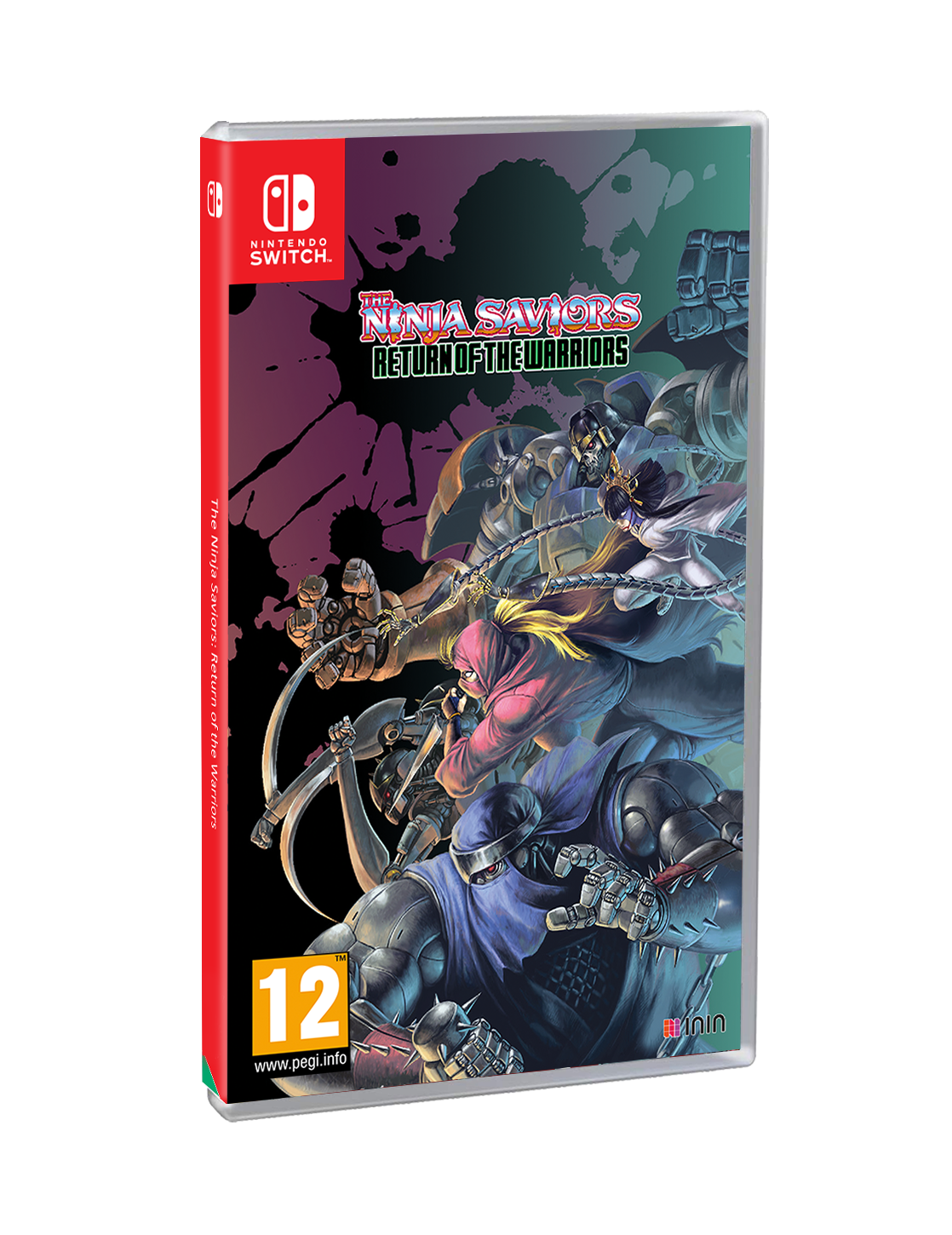 The Ninja Saviors: Return of the Warriors game page at iningames.com:

The Ninja Saviors: Return of the Warriors game page: